JEWELS IN THE CROWN OF JAIPUR

In no particular order these are some points about Jaipur anybody would consider as the Jewels in the Crown of Jaipur.

Everybody has to eat something some time. So let us list salient points related to food about Jaipur.

Jaipur is part of the desert state of Rajasthan & lack of adequate rainfall & transport saw to it that people ate ‘ana se ana’ as vegetables were scarce. Also because of the heat and the hard work the people put in the fields red chilies & Desi Ghee were used in abundance. 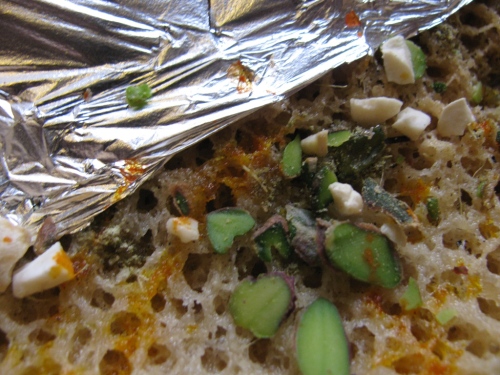 As Rajasthan is a border state & the Princes in The Rajputana were at war more than they were at peace so you will find Forts & Palaces in which ever part of Rajasthan you might venture. But the monuments of Jaipur are special as they are not only in good condition but the administration takes pains to keep them in pristine condition.

Entrance To The Palaces Of Amber

There are so many ancient Temples in Jaipur that it is also called Choti Kaashi.

Clubs of Jaipur-These are the best options for eating, drinking, staying, exercising or meeting people of Jaipur. They have rules about allowing non-members to use their facilities.

It does not matter if you like festivals to disrupt the hum-drum day to day rhythm of life  or not they do leave you rejuvenated by their mere presence. These are some of the important festivals celebrated in Jaipur.

A Bazaar Decorated For Deepawali

1. Sawai Jai Singh Ji II (1688-1743) A keen Astronomer he made the Jantar Mantars of Jaipur, Delhi etc and also founded the city of Jaipur.

2. Rajmata Gayatri Devi( 1919-2009) Voted as one of the World’s 10 most beautiful women by Vogue she was also an educationist & a philanthropist. She founded MGD School for girls & Sawai Man Singh Vidyalaya. She also revived the art of Blue pottery.

Jaipur Metro Is On Its Way 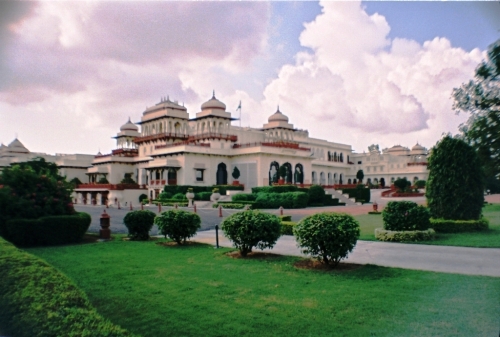 3. Deer Park & Duck Pond are located in the C-Scheme. Nice place for a visit with children or a date.

At The Kaila Devi Temple

Mahatama Kedargiri established the idols of Kaila Devi in the lap of Aravali mountain range on the banks of Kalisil river, in the Kaila village, in the year 1114 AD. Kalisil is a tributary of Banas river. When Mahatama Kedargiri was praying to the Goddess to stay in Kaila village as its protectress  she gave him darshan in her child image & later on she took on the image of destroyer of evil-hence two idols are established in the ‘Garbh grah’. It is believed that the She is a benevolent Goddess and does not punish the ‘pujaris’ or devotees if for some reason an unintentional slight occurs. The idols are made from a mixture of numerous metals. They are always wearing their costumes with only their faces visible. Kaila Devi is the one of the ‘roops’ of Goddess Mahalaxshmi. Kal Bhairav & Shri Ganesh are ‘Languria’ or ‘adisevak’ of Kaila Mata. Their idols are right in front of the temple of  Kaila Devi. The devotees try to gain favour with the ‘Languria’ by singing ‘bhajans’ in his praise in the belief that his worship is a short cut to Kaila Mata blessing them sooner. Devotees from all parts of India, from all walks of life, throng the Kaila Devi temple in the hope that she will bless them and not see them return empty handed. And the generosity of the Goddess is such that she fulfills all their wishes and the devotees return in her presence time & again to express their gratitude.

A temple also houses the Idol of, Bohra ji, a devotee of Kaila Mata.

In 1116 AD the then ruler, Maharaj Mukunddas ,a Khichi rajput, built a temple around the shrine.

A meena tribal from the village of Peetupura worshiped Kaila Devi, who gave him a boon that from then on she would manifest herself in  his family members and they would be known as ‘Gothias’.

In 1153 Raghunathdas Khichi, after making additions to the then temple building, established the idol of Chamunda Devi also.

Karauli was established in 1405 AD by the then Yaduvanshi ruler Arjun Dev on the banks of Bhadrawati river some 25 kms from Kaila Devi. Since then the rulers of Karulai have taken it upon themselves to look after the day to day affairs of the Kaila Devi temple as the Goddess is also their ‘Kuldevi’.

At The Kaila Devi Temple

Now a days a Kaila Devi Temple Trust looks after the affairs of the Temple and organizes the yearly Melas & does various other charity works like running a Non Government Organization (NGO) which runs a School for poor children & A Higher Secondary boarding school for girls. It also runs a handicraft workshop for the development of local women. Lots of small dams (Water Conservation projects) have been made, tree plantation has been done in the Kailadevi National Park which is a part of the project tiger and it’s a buffer zone to Ranthambore National park. The NGO  is also running  200 bed hospital. The NGO also cleans the Kalisil river of pollutants periodically as the devotees have a bath here before going to the Kaila Devi Temple for darshan.

When Emperor Akbar could not annex the Daulatabad Fort he asked for help from the Karauli Maharaj Chandrasen, whose son Prince Gopaldas, with Kaila Devi’s blessings, went to war with Akbar and the Fort was won.

Maharaj Jai Singh ji  added a dome to the temple and had it gilded with gold. He had a stepwell built for storage of drinking water.

Maharaj Bhawarpal had the Kalisil dam built. He also had a dharamshala built besides having facilitated the digging of the Durgasagar well, construction of shops & a road bordered by trees to the temple.

Some Interesting facts about Kaila Devi

It is a shaktipeeth.

Nearby Places to visit

According to legend it is very auspicious to have darshan at Madanmohanji Temple, Govinddevji & Gopinathji Temple in Jaipur in a single day.

RSRTC plies roadways busses in countless numbers from all major towns & cities of Rajasthan to ferry devotees to Kaila Devi.

Kedargiri Caves are 3 km away on the Kaila Devi-Karanpur road.

Gangaur is one of the most important festivals of Rajasthan.The word, Gangaur, is derived from joining the two words ‘Gan’ meaning Lord Shiva and’Gauri’ meaning Goddess Parvati, his consort.

As per lore, it is believed that Gangaur is celebrated ever since  Goddess Parvati returned to her father’s home first time after her marriage to Lord Shiv &  her friends welcomed her home.

This is a festival of the unmarried girls and  married women where the girls celebrate the festival to gain a worthy husband & wish for his long life & the  married women wish for a  long life for their  husbands.
The rituals for this festival start on the day of the Holi dahan ( day before the Holi, the festival of colors). When ashes are collected from the Holi Fire to plant seeds of wheat and barley in it.
During the next sixteen days 16  Goddesses are worshiped. And on the 3rd day of Navratra ( new year according the Indian Vikram samvat Calendar) , Gangaur festival is held. When the Idol of Gauri  is taken out in a procession accompanied by horses, elephants, camel carts and brass bands playing maudlin tunes.It is said, in Jaipur, in olden times the idol of Gauri was accompanied with the idol of her husband,Isar. But one year ruler of Kishangarh state took it away with him forcefully & since then only the idol of Gauri is taken out in procession.

What festival worth its name does not have a sweet associated with it? The traditional sweet of this festival is ‘Ghevar‘. The sweet shops of Jaipur make different varieties of ‘Ghevar’ and the people of Jaipur consume them in large quantities.

For more than 257 years,  Helakhyal sangeet dangal is held on this occasion in Lalsot near Dausa. This is when the performing  parties educated & inform the public about the societal mores  & also inform the  administration about their displeasure with current policies.

An Animal Fair With A Difference

Every year in the month of October, for the past 500 years, a four day animal fair  is held in Bhawgarh Bandhya, near jaipur, in the Looniyawas village. Held in honour of the Sri KhalKhani Mata-this fair showcases the best of Donkeys money can buy.There is sale and purchase of donkeys,race featuring donkeys,poem recitals in praise of donkeys, prizes for the best bred donkey of the marwari or kathiawari breed,beauty pageant to find the Ms. Donkey & Mr.Donkey among other events.The owners name their donkeys after the bollywood stars to enhance their charms in the eyes of the buyers.Even so the organisers have a difficult time every year to find VVIPs to do the honours at the fair.

As people are preferring to buy horses instead of donkeys or mules for their use these days  a lot of horses turn up at the fair every year also.For example this year there were only 300 donkeys and 50 mules but about 1200 horses at the mela.Also on display was a white colored Shyam Karan Horse  worth 31 lacs.According to the scriptures Lord Ram set loose a Shyam Karan horse when he performed the Ashwa medh yagh.

Legend has it that Sri Khalkhani mata performed a miracle for her devotee in distress by turning a bag of stones into gold coins.Since then this fair is held every year.

The Title of this post is how one of the Bhajans, in rajasthani dialect,  devotees of Bhagwan Ramdeoji Maharaj sing in his praise goes.A folk deity, born a tanwar rajput in village Ranuja, son of Raja Ajmal Dev,believed to be incarnation of lord Krishna,he was revered by the high and the low castes of the society- the rich and the poor-hindus and muslims- alike. He performed miracles for poor. According to the lore 5 pirs from Mecca came to test  his miraculous powers.They paid homage to him when convinced as Ramapir.Ramdeoji took samadhi in 1459 in Ramdeora a village 10 kms from Pokaran where a tomb was built and in 1931A.D. a temple was built by Maharaja Ganga Singh Ji of Bikaner.Devotees offer him wooden horses covered with cloth to please him.He has devotees in Rajasthan,Gujarat and Madhya Pradesh and every year in August-September melas are held all across these states and in Ramdeora devotees throng the village in a 10 day mela  in his praise and remembrance.There are several temples devoted to Baba Ramdeo ji in Jaipur also( like in Hasanpura, Khatipura, Sirsi Road etc )and every year they hold melas and shobha yatras and do special poojas with great entusiasm and devotion.